During the Fall of 2014, SIU Photojournalism students participated in a Weekend Workshop. This site, built by the Spring 2015 Online Journalism class, showcases the products from the Weekend Workshop class, and offers some handy information about the Markets.

Fisher’s Apiary: From Hive to Home 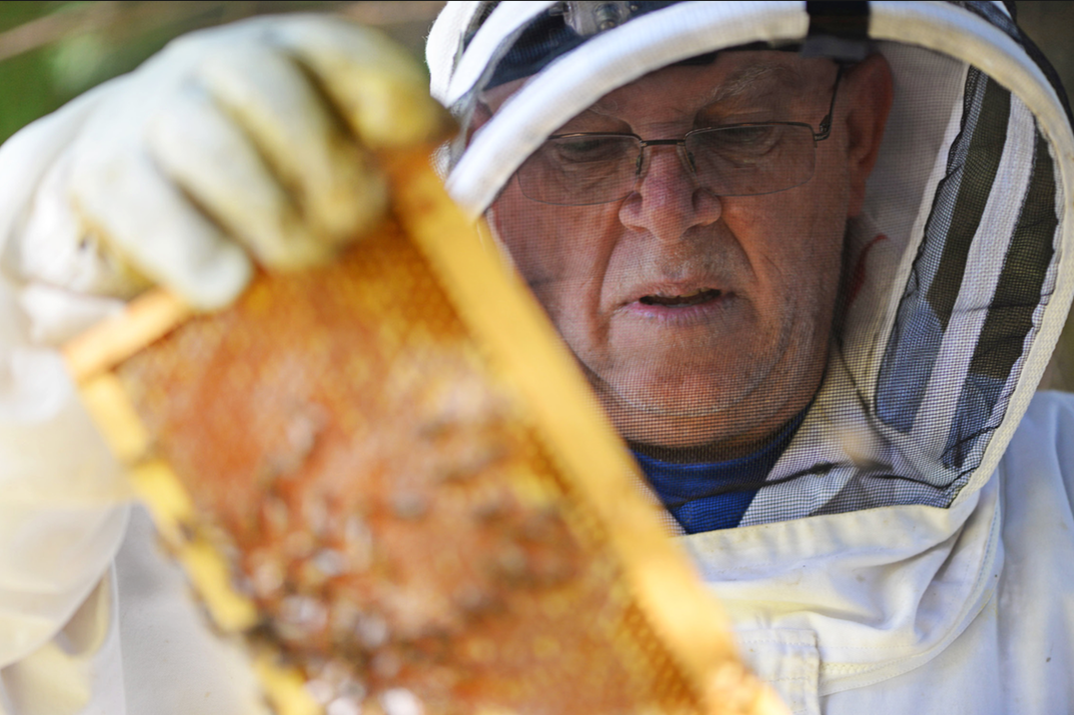 A whiteboard at the USDA service center in Murphysboro still has Kenny Fisher’s name listed among the staff though “permanent vacation” is written next to it. Kenny retired last June, but still works in conservation as a local beekeeper.
With 10 hives, Kenny and his wife Phyllis collect honey for themselves and also sell at the Carbondale Farmer’s Market. This was the first year the Fishers sold, and they took honey four times throughout the season.

National trends show the population of honey bees dwindling in recent years, and with fewer people taking up beekeeping, the decline is alarming. There are 2,500 registered beekeepers in Illinois.

For Kenny, who is a member of the Illinois Beekeeper Association, it is less about the business and more about saving the bees.

One-third of the food produced in North America depends on honeybees for pollination, meaning the U.S. and other countries could be dependent on the bees’ survival.

“If bees are going to be what’s saving the United States then I think they ought to be saved by small beekeepers,” he said.
Kenny does all he can to ensure his bees have are healthy and have a good life. He takes every opportunity to grow his hives, and save bees searching for a new home.

A local farmer called the USDA service after spotting a swarm of bees on a soybean plant in his field. Kenny to captured the swarm off of the soybean plant they’d decided to rest on to add to one of his ten bee hives. “This late in the year, that’s odd, and they wouldn’t probably survive. They wouldn’t make it through the winter.”

More and more people have begun getting into beekeeping, and Kenny often helps out with the group “SI all a Buzz,” who puts together classes to teach interested individuals the basics.

The Fishers are hoping to have an even more successful year with their hives next year. They hope to take double the amount of honey to the Farmer’s Market next year as well.

Until then, you can find Kenny keeping calm, and keeping his bees.